This Sunday is both Easter Sunday and April Fools’ day and I know which one I am most excited about!

April Fools’ Day for me is a day to celebrate the spirit of the tarot Fool. The Fool is the first card in the major arcana and it is the Fool who journeys through the tarot and learns the lessons of the cards. The Fool is so important it is the only major arcana card to be represented in modern playing card decks. In these decks the Fool plays the role of the Joker. 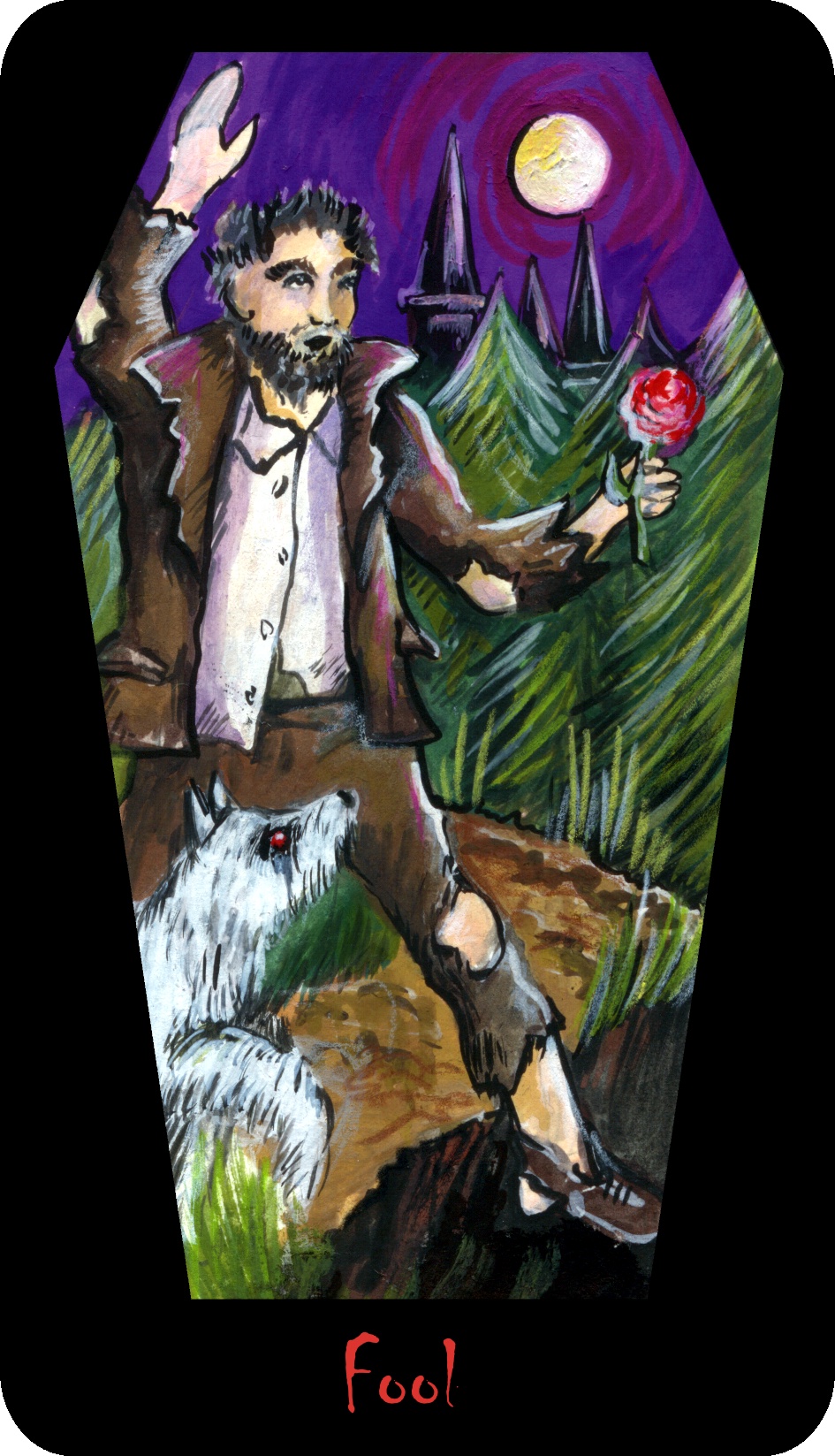 fool card from the dracula tarot

The Fool symbolises new beginnings, adventures and journeys – that’s why I have adopted April Fools’ Day as my personal New Year’s Day. On April Fools’ Day I take time to look back on the year that has passed and make plans for the year ahead. What is most exciting for me is that my plans for this coming year are intertwined with the journeys I made this past year.

Last year I travelled to America and fulfilled a childhood dream of visiting Salem, Massachusetts. I also got to meet in person a friend I have known online for many years. Plus I visited the island where an Atlantic puffin I sponsor spends their summer. A few weeks ago I travelled to America again to attend a giant panda fan convention in San Diego, something I have wanted to do for many years. I ended this trip with a visit to San Fransisco where my partner Paul and I celebrated 30 years of not being married by walking on the Golden Gate Bridge 🙂 Both trips have been enriching and will provide me with inspiration – and recipes – for this year’s blog posts. They may also have given me material for a book or two!

What does this have to do with Shakespeare? Well Shakespeare was no stranger to the power and importance of Fools. Many of his most memorable characters were witty and clever Fools. Plus, it was two Shakespeare inspired establishments that provided me with comfort and nourishment in San Diego. That’s right – Shakespeare’s influence extends around the globe!

One of the things I love to do before I travel is research places to eat. Two of the places I picked in San Diego were the Shakespeare Pub & Grille and Shakespeare’s Corner Shoppe and Afternoon Tea. I couldn’t wait to visit them.

The Shakespeare Pub & Grille was established in 1990 by British expats. It is modelled on a traditional British pub in English Tudor style. The food is classic British comfort food and the bar stocks beers from around the world. We ordered a couple of beers and their signature dish – Fish & Chips. We were treated to crisp and crunchy pieces of beer battered cod with peas and chips (fries) served with tartare sauce and malt vinegar. It was delicious. After such a tasty meal we had to try their desserts. Paul chose Sticky Toffee Pudding – a steamed light sponge cake covered in a sweet and sticky toffee sauce. He couldn’t decide between custard and ice cream so he had both. I chose something I have never tried before but have always wanted to – Spotted Dick! This amusingly named dessert is a steamed suet pudding containing dried fruit and is traditionally served with custard. YUM 🙂 Each bite melted in my mouth and I was rewarded with the scent and taste of a soft, warm and spicy fruit cake. The custard was smooth and creamy and complemented the pudding perfectly. We were ready to go back to the hotel and have a nap but we had one more culinary stop to make. 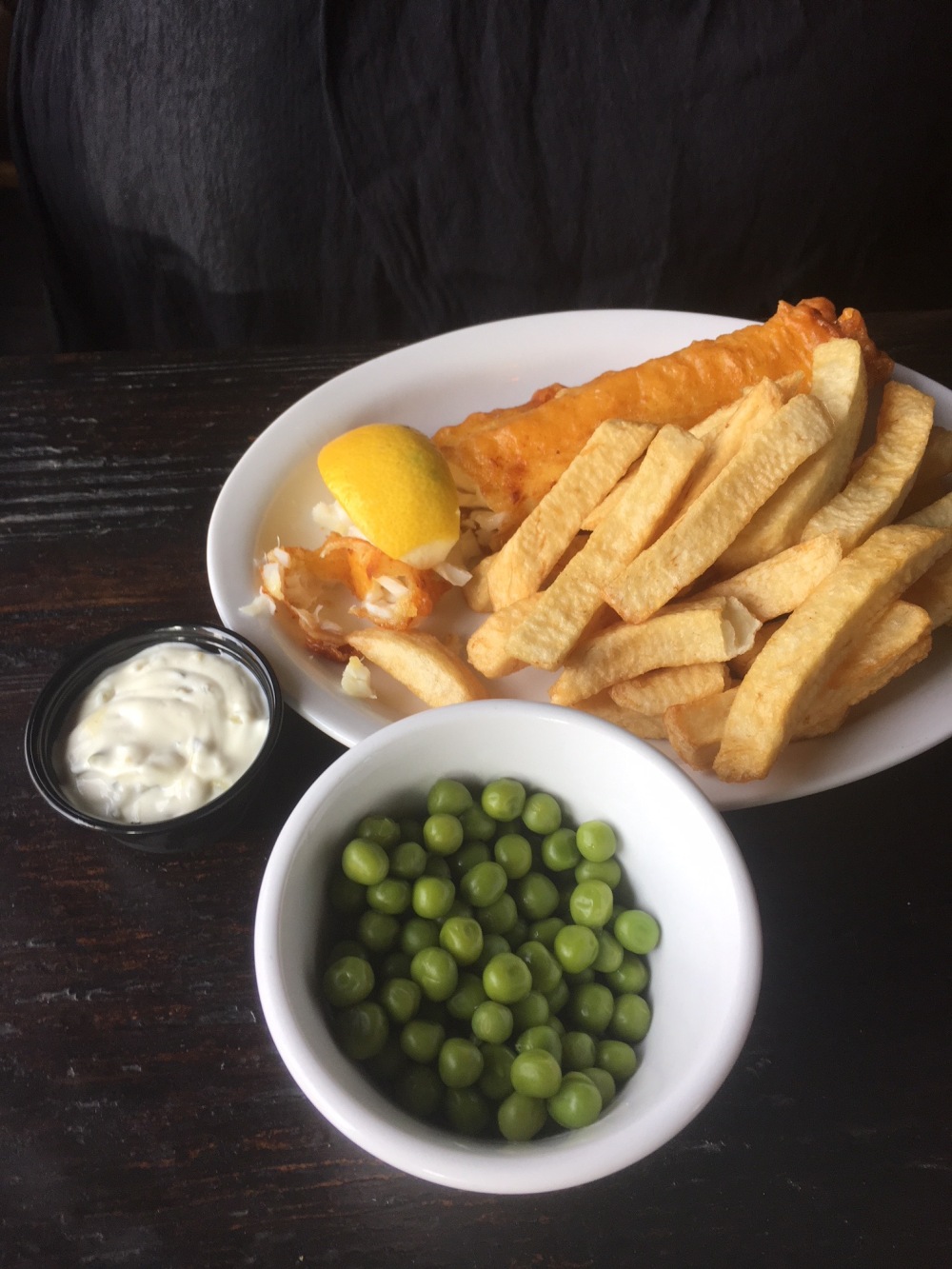 Next door to the Shakespeare Pub is Shakespeare’s Corner Shoppe and Afternoon Tea which is run by a British family. We had hoped to have a cream tea in their patio tearoom but we were too full from lunch. Instead we decided to check out the store and see what they had on offer. Not surprisingly the shelves were stocked with British produce. Missing my nightly tea and shortbreads, I was happy to find a box of Earl Grey teabags and a packet of Scottish shortbreads. I also found an interestingly shaped spoon which the staff told me was a Black and Tan spoon used for pouring layered cocktails. As a fan of layered cocktails, I had to have it. In the fridge I saw a jar of clotted cream which I was so tempted to buy but valiantly resisted. When I went to pay I noticed they were selling scones to take home. I looked at Paul and he knew exactly what I was thinking – Cream Tea for Dinner! We grabbed scones, a jar of strawberry jam – and the jar of clotted cream 🙂 That evening we sat on the balcony of our hotel room and enjoyed our cream tea. We even had enough scones, jam and cream left for a cream tea breakfast the next morning. 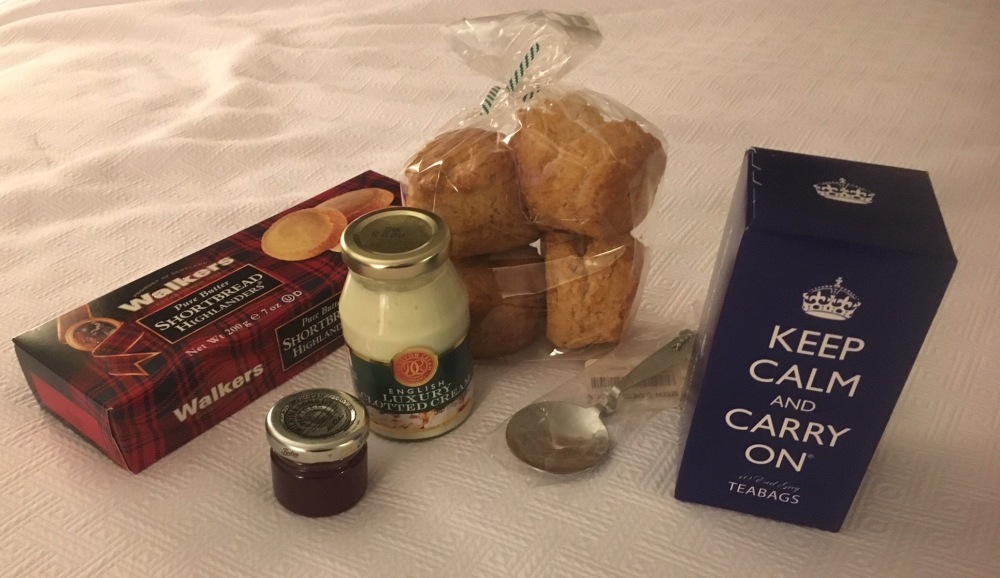 While there may not have been too much “Shakespeare” in this story I shall make up for that in Act 2, which tells a tale of my Shakespearean adventures in Melbourne. It will be closely followed by Act 3 – a recipe inspired by these tales.

If you are need of more adventure this Easter weekend there is a Full Moon to celebrate. And for those of us in Melbourne, Australia, due to time zone differences, this will be a Blue Full Moon!