It’s Friday the 13th again and for some the day is seen as unlucky, for others it means nothing, and for people like me it’s a time to dip into mythology and try out a few recipes!

13 is sometimes considered the Devil’s number, but in a tarot deck the Devil card is actually 15. It is the Death card that is number 13. Ancient Egyptians believed there were 12 stages of life and the 13th stage was death and transformation in the afterlife. For them, 13 was a lucky number. The number 12 is often associated with completion, so it makes sense that the number 13 can symbolise death and rebirth into a new cycle. This is part of the Death card’s meaning – transformation and renewal. 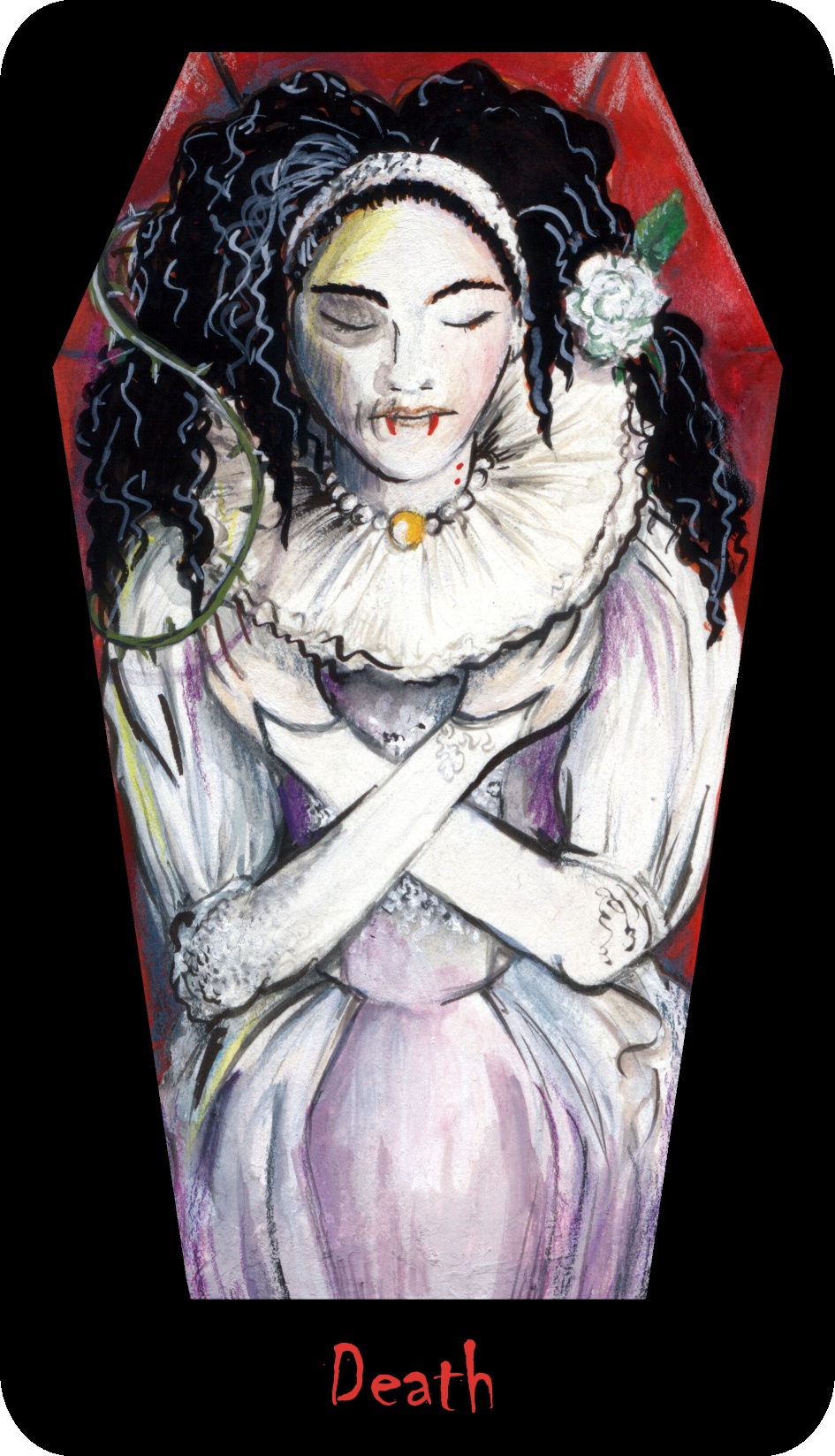 One of the key symbols in the Death card is the white rose. White roses epitomise purity, humility, reverence and innocence. They symbolise new beginnings and are therefore popular at both weddings and funerals.

For this Friday the 13th, I thought I would play around with the rose from the tarot Death card and the dessert called Death by Chocolate. There are so many ways this could have gone, but I really felt like a nurturing milk drink. I concocted two Death by Chocolate Delights – because I really couldn’t choose between them 🙂

Instructions
Place the milk and rose water in a glass and stir until combined. Add the chocolate ice cream.

Instructions
Add the milk, rose water and ice cream to a blender or milkshake maker. Blend until smooth.