April 17th is National Bat Appreciation Day, a day when we are asked to remember the important role bats play in our lives. Bats are insectivores, which means they eat insects which helps keep insect numbers down. This is especially critical with mosquitoes. Bats are also pollinators which means they move pollen from male to female flowers which helps bring about fertilisation, thereby providing a vital link in our food chain. There are heaps of other interesting facts about bats and April 17th is a great day to learn more about them. 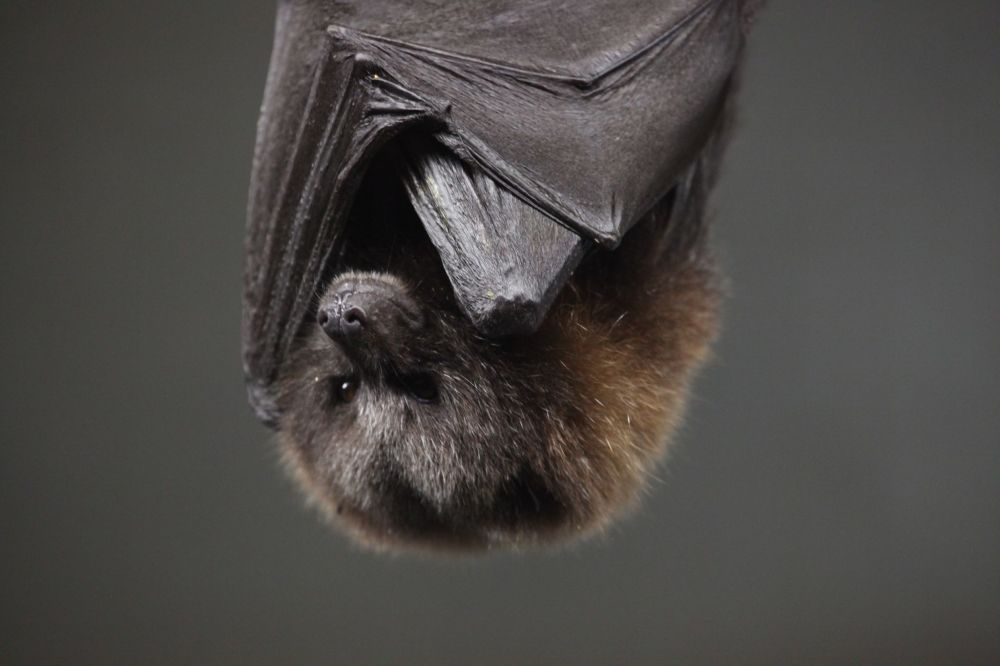 This year April 17th is also Orthodox Good Friday. This doesn’t happen every year so it’s a fun coincidence. Orthodox Easter Monday will be celebrated on April 20th which is also Dracula author Bram Stoker’s Deathiversary – another fun coincidence. Perhaps a more disturbing coincidence is that all three events have a blood connection.

While my favourite bat is the fluffy and cuddly Australian flying fox, I’ve always been fascinated by the cute and uncanny vampire bat. Vampire bats are connected to vampires, not only in name, but also by being blood suckers! There are other connections too as the vampire’s cape is reminiscent of bats wings and some vampires are depicted as sleeping upside down like bats rather than in coffins. Dracula can also turn into a bat when necessary. With all the competing Easter traditions such as bunnies and chocolate eggs, it is easy to forget that Easter is actually a celebration focussing on blood, death and rebirth.

To celebrate this trilogy of bloody connections I’ve made dyed red Easter eggs – with a twist! Colouring eggs red is meant to represent the blood of Christ which is shed on Good Friday. I’ve used red wine to colour my eggs as red wine is symbolic of blood in Christian rituals. (Knowing this connection it always amused me that Bela Lugosi’s Dracula never drank wine.) I’ve also added spices, which symbolise the spices that Jesus’ body was anointed with before burial. The eggshell represents the tomb and the egg signifies rebirth. An Easter tradition I grew up with was the egg cracking game where you try to crack the shell of your opponent’s boiled egg without cracking yours! Because I’m not a traditionalist, I had to break the rules by cracking shells and turning them into Chinese marbled eggs. But don’t worry, there are still some unbroken eggs to play with. 🙂 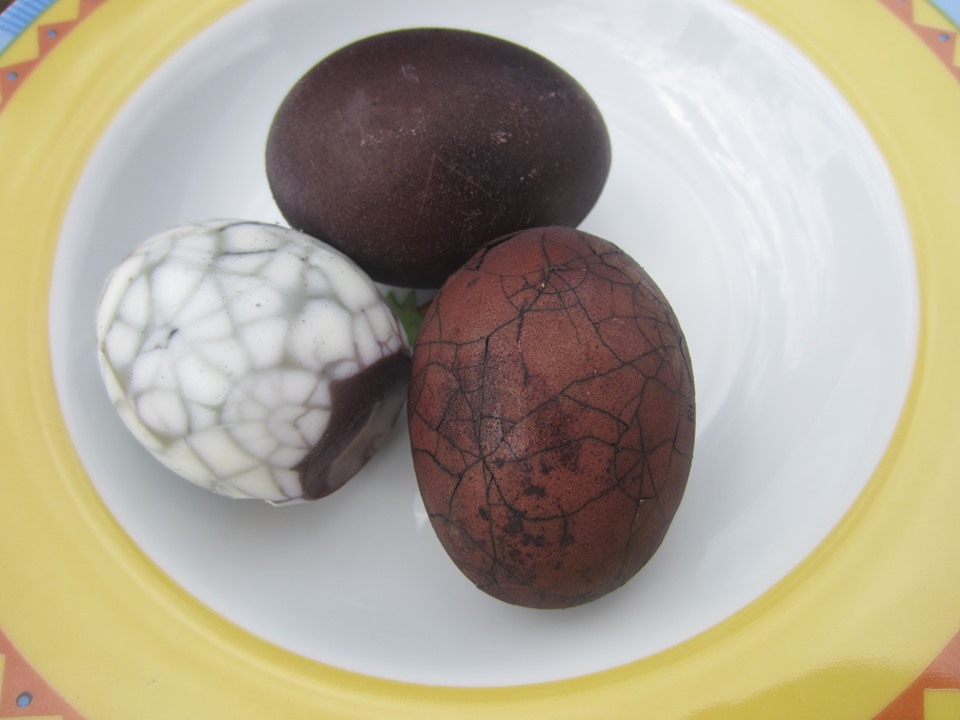 Instructions
Place the eggs, wine, sugar, cloves, star anise and cinnamon sticks in a saucepan, making sure the eggs are fully submerged in liquid.
Cover and bring to a boil.
Once boiling, turn off the heat and allow the eggs to cook for 15 minutes.
Remove half the eggs from the saucepan and allow to rest until cool enough to touch. Gently tap them with the back of a spoon to crack shells, making sure to keep the shell intact. The deeper the cracks, the more flavour will penetrate.
Place the eggs back in the wine with the remaining eggs.
Allow to cool then refrigerate and steep for a few hours or overnight.
Remove the eggs from the wine and allow to dry.
Peel the cracked eggs to show off their marbling.
Use the remaining eggs to play the cracking game.