Chinese New Year is upon us and it’s time to welcome The Year of the Yang White Metal Rat! The Rat is the first of the 12 animals on the zodiac wheel and is a great animal to begin the first year of the next decade.

The Legend Of The 12 Zodiac Animals
As with all legends, there are a few different versions and variations. In one version the Jade Emperor invited the animals to a party while in another it was Buddha. In all versions the animals had to cross a river to get there. The rat arrived first followed by the ox, tiger, rabbit, dragon, snake, horse, sheep/goat, monkey, rooster, dog and finally the pig. Each animal was rewarded for its success by having a year named after them in order of their arrival.

What About The Cat?
It is interesting to note that the rat arrives first, not because it is the best swimmer, but because it is sneaky. The rat gets the ox to give it a ride on its back, but just as the ox is about to reach the other side, the rat jumps off and is therefore first in line. In some variations it isn’t only the ox that the rat tricks but also a cat. In most of these versions the cat falls victim to ratty manipulations and never makes it to the party. If it wasn’t for the rat, the cat may have become one of the Chinese zodiac animals. If you’re thinking a year of the cat would be great though, don’t worry, in the Vietnamese animal zodiac the rabbit is replaced by the cat, so there is actually a Year of the Cat!

Animal Aspects
In addition to having a year named after them, each animal has a month, day and hours that they take care of. They are also allocated either a yin or yang energy and a fixed element which has a corresponding colour – wood (green), fire (red), earth (yellow), metal (white) and water (black). The rat is in charge of the month of December, Thursday and the hours from 11pm to 1am. The energy of the rat is yang, its element is water and its colour is black. If the element for rat is water, why are we celebrating the year of the metal rat? This happens because there are aspects that belong to the animal and aspects that belong to the year. The fixed element for the rat is water but the element for 2020 is metal.

Yearly Aspects
Each year is allocated not just an animal, but also an element and the energy of yin or yang. These three attributes, animal, element and energy, travel through the years on different cycles. The animal changes every year in a 12 year cycle, the element changes every 2 years in a 10 year cycle and the energy of yin and yang changes every year. The yin or yang energy always corresponds with the animal’s energy while the yearly element will only match the fixed element of the animal every 60 years.

Pretty In Red
Did you know that your animal year is supposed to be your unluckiest year? One way to protect yourself against this bad luck is to wear red for the whole year! You can wear it as outerwear or underwear. So if you were born in the year of the rat, you may need to rethink your wardrobe for the year. 🙂 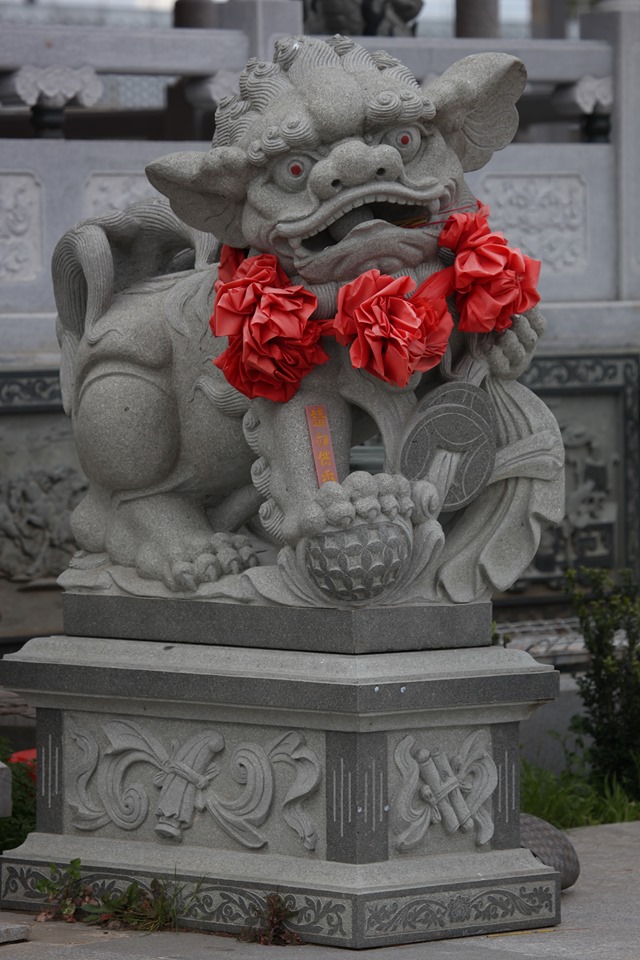 Mice Day For A Rat Wedding
As part of the New Year celebrations, a special day is set aside for rats. It is the Rat Wedding Day. On this day, people will leave food in their house to share with the rats. They go to sleep early so they will not disturb the rat wedding. In Chinese culture rats symbolise wealth and fertility. While they are not generally invited into the home, on Rat Wedding Day they are welcome and can enjoy a night of feasting, partying and merriment.

If you need more rat celebrations in your life, April 4th is World Rat Day. It is a day to celebrate fancy rats or domestic rats which are different to wild rats.

Continuing my journey through posts of Xmas past, it’s time to revisit one of my favourite characters – The Yule Cat of Iceland!

To learn more about Jólakötturinn and to hear a song about this scary cat simply click Kitty Claws Is Coming To Town! 🙂

Did you survive Krampus night? Well don’t rest easy, because there is another scary xmas monster coming your way! I am happy to introduce you to Jólakötturinn – Iceland’s Yule Cat. Steeped in the mythology of countries that have long, cold, dark and deadly winters, rises the giant black cat of xmas. Jólakötturinn is monstrously huge, has glowing eyes, whiskers as sharp as nails and razor sharp claws. As if cats weren’t scary enough, Jólakötturinn takes feline fear to a new level.

Jólakötturinn prowls the night of xmas eve, looking in windows for a Yule offering. But what offering could subdue such a terrifying beast? If you’re thinking food you’d be wrong. Your soul? Luckily nothing so dramatic. This fashionista feline desires an offering of new clothes. Bizarrely, the clothes are not necessarily for the cat – I mean cats aren’t known for their love of being dressed up! No, the new clothes are for you and your children. If there are no new clothes to be seen, the feisty Jólakötturinn may take all your gifts, eat all your food, eat you or take away your children and eat them. What better incentive do you need for new xmas threads!

In some ways the scary kitty myth brilliantly mirrors our capitalist and consumerist approach to xmas with its emphasis on buying new clothes. Some say the myth of Jólakötturinn was used by farmers to frighten workers into finishing processing all the sheared wool before xmas so that new clothes could be made. Others say that the threat of a visit by Jólakötturinn was used to encourage people to work hard all year so they could have the money to buy new clothes for xmas.

It’s not clear when Jólakötturinn joined the cast of Icelandic monsters but the creepy cat’s popularity surged when Icelandic bard Jóhannes úr Kötlum wrote a poem about Jólakötturinn. Interestingly, the poem suggests that we should make sure that the needy, particularly poor children, are given a special piece of clothing at xmas. The basic theme in the poem is that if those who have give to those who don’t, Jólakötturinn will be thwarted. It is actually a beautiful xmas message clothed in a scary cat tale! 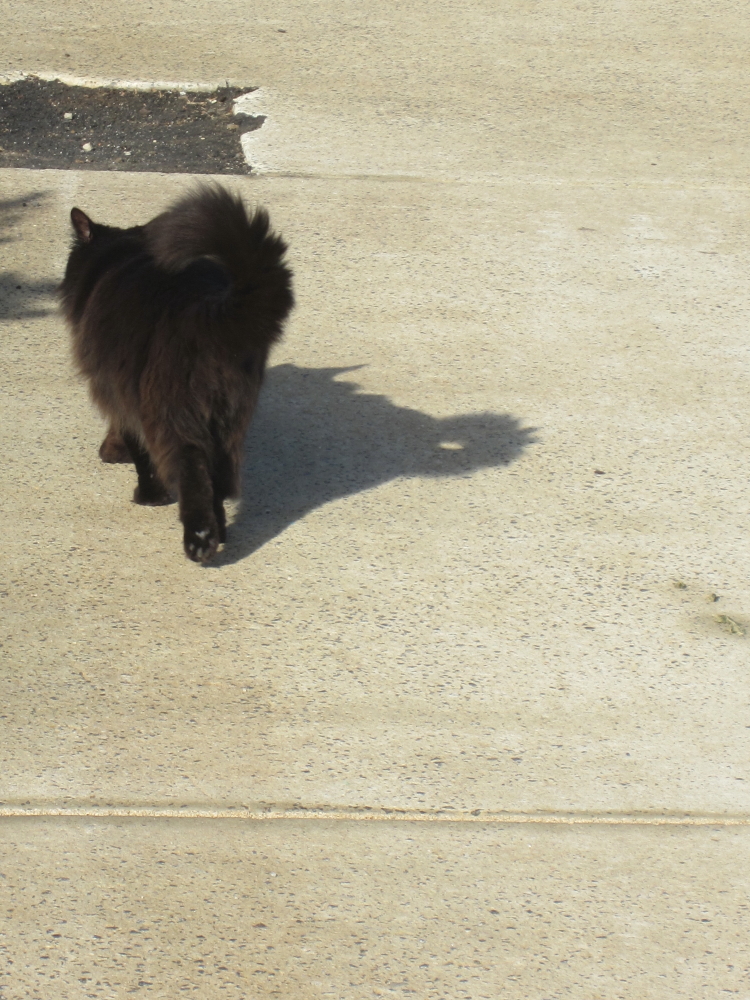 I enjoyed reading about Jólakötturinn but the Yule Cat really came alive to me when I heard Icelandic singer Björk’s version of Jóhannes úr Kötlum’s poem. My favourite link is one that features animation with a written English translation of the poem and Bjork’s haunting voice singing the poem in Icelandic. So before I share my catty recipe for xmas, sit back and enjoy this powerful myth in images and song: Jólakötturinn – The Yule Cat.

We know the Yule Cat wants new clothes rather than food, but I can’t resist trying to tempt the scary kitty with a black bottom cupcake – a chocolate cupcake with a cheesecake filling. Will Jólakötturinn be the cat that got the cream? If creamy cheese isn’t enough, there’s also catnip! Catnip is part of the mint family so you can use any mint you like for this recipe. Chia is also part of the mint family but I’m not sure if cats would be tempted by chia seeds 🙂 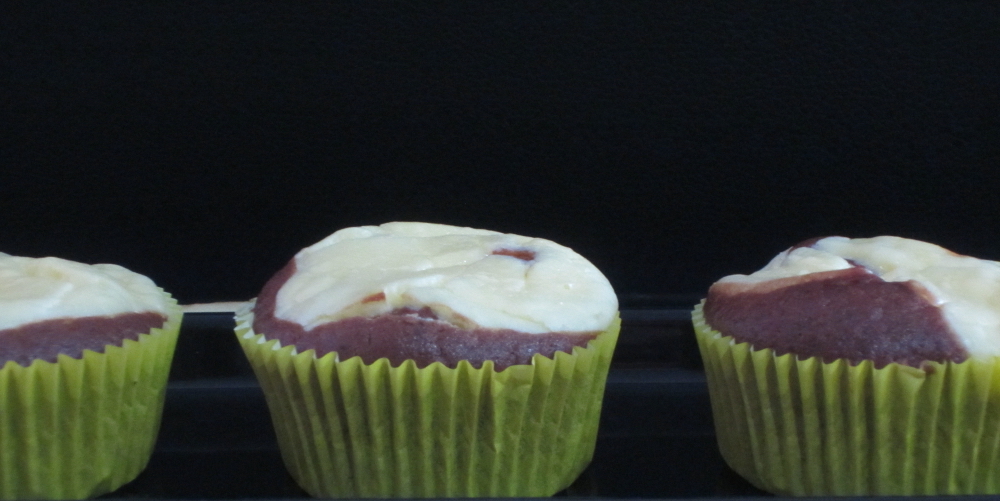 Instructions
Preheat the oven to 180C / 350F.
Line a 12-hole muffin pan with 12 paper cases.
Make the cream cheese filling by beating the cream cheese with an electric mixer until smooth. Add the sugar and egg and beat until smooth and creamy. Set aside.
Make the chocolate cupcakes by sifting the flour, baking powder, cocoa, salt and sugar into a jug. Set aside.
In a small bowl, mix together the water, oil, cider vinegar, vanilla extract and peppermint essence.
Make a well in the center of the dry ingredients and stir in the wet ingredients until smooth.
Evenly pour the batter between the 12 paper cases.
Spoon the cream cheese mixture evenly into the center of each cupcake.
Bake for 10 – 25 minutes or until the cupcakes feel springy and the cream cheese filling has set. Allow to cool for 5 minutes before transferring to a wire rack to cool completely.