July 16th is World Snake Day! To celebrate this serpentine day, I want to explore one of my favourite childhood games – Snakes and Ladders.

Snakes and Ladders is a board game which features squares numbered 1 to100. Played by two or more players, each player rolls a dice in turn and travels along the numbered squares. Some of the squares have the bottom of ladders which help you move up (to the top of the ladder), while other squares feature the heads of snakes which send you back down (to the tail of the snake). The snakes and ladders vary in length, so you can rise and fall vast or small amounts depending on where you land. The first player to reach the final square is the winner!

Snakes and Ladders is the English version of an ancient Indian game. There are a number of names and variations of the Indian game such as Gyan Chauper, Leela, Mokshapat and Moksha Patam. The games were originally used to impart moral and karmic lessons to children. The ladders represent a virtue which allows you to rise while the snakes represent a vice which causes you to fall. In the Indian version there are more snakes than ladders, probably because it’s easier to fall victim to vice than to be virtuous. 🙂

When the game came to England, a few changes were made. The number of snakes was reduced so there were equal numbers of snakes and ladders. The karmic lessons of the original were also replaced with moral lessons relevant to the Victorian era of the time. Eventually the moral lessons were left out or replaced by cartoon pictures that had no real link to virtues or vices.

The American version is called Chutes and Ladders. In a move that would make Saint Patrick proud, Chutes and Ladders has driven all the snakes off the board and replaced them with chutes. Interestingly, most of these versions still retain the moral lessons of the original games.

When I think of playing Snakes and Ladders as a child, I can’t remember any moral lessons being imparted. All I remember is my desperate desire to win and to avoid the snake boldly waiting at the top, ready to turn my impending victory into defeat! I actually loved the drawings of the snakes, with their cute tongues poking out, but I was annoyed that it was a punishment to land on them.

Snakes are one of the oldest, richest and most widespread mythological symbols. While they are seen as symbols of negativity in some cultures, they are more often associated with positive traits such as creativity, fertility, healing, rebirth, sexuality and wisdom. I’m glad Snakes and Ladders didn’t teach me to see snakes solely as a symbol of negativity.

July 16 is World Snake Day. It is a day to celebrate snakes, learn more about their important role in our ecosystem and hopefully conquer some of the fears associated with these captivating reptiles. Seeing as every continent except Antarctica has snakes, it’s probably a good idea to get to know them. 🙂 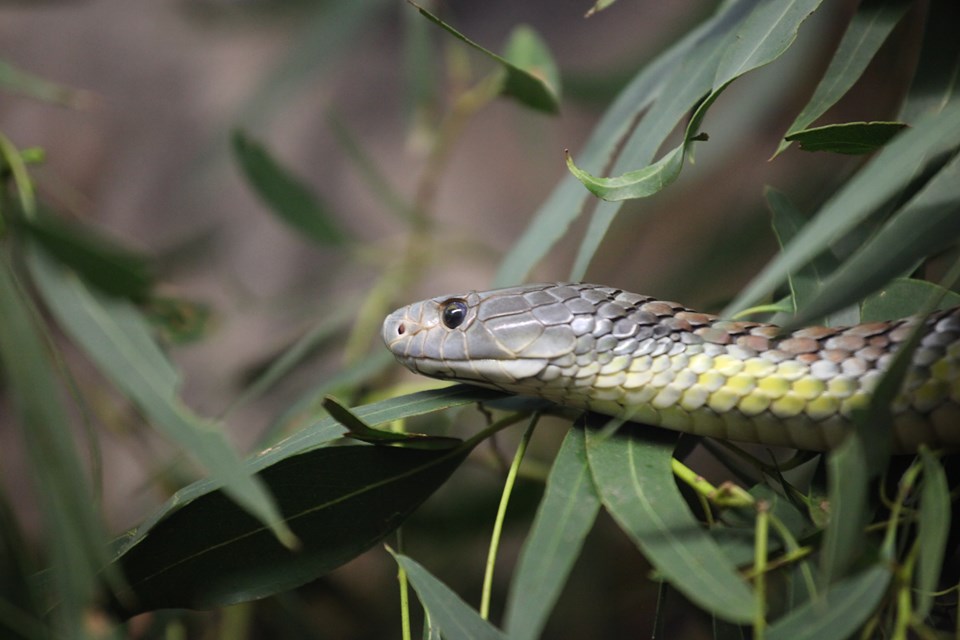 Poison vs Venom
Are snakes poisonous or venomous?
In biology, the term venom is used for toxins that are injected via a bite or sting, while poison applies to toxins that are absorbed through ingestion or inhalation. This means snakes that bite and inject venom are venomous and snakes that can make you sick or kill you if you eat them are poisonous. A few snakes can be both venomous and poisonous. Some venomous snakes eat toxic prey such as newts or cane toads. The toxins don’t usually harm the snakes, but they can retain those toxins in their system for weeks, making them poisonous if eaten.

When Snakes Fly!
We can find snakes on land and in water but did you know some snakes can fly?
Chrysopelea are commonly called flying snakes or gliding snakes. These snakes glide through the air by propelling themselves off tree branches! Once airborne the snake forms an S shape, flattens its ribs then glides and undulates its way to its desired location. I know some people may be thinking “NO! – not flying snakes!”, but I think they are awesome. You can see a flying snake and all its graceful movements in these fascinating videos:

And a longer one if you’re really keen!

Friday the 13th is nearly here, and while some of us celebrate this day, many fear it. In Melbourne, this Friday the 13th also coincides with a Dark Moon. As some people also fear the moon, this may indeed be a very scary time for that unfortunate few.

The word phobia is derived from phobos, the Greek word for fear. Add it to the end of a word and you have a term for the fear of something.

snake on a beach

If you aren’t terrified yet, Monday the 16th might tip you over the edge as July 16th is World Snake Day! The day was created to help people learn about snakes, understand their role in our world, and hopefully combat some of the fears associated with them. The fear of snakes is called ophidiophobia, derived from “ophis” the Greek word for snake.

I was born in the Year of the Snake and have always felt connected to them. I love touching non-venomous snakes and don’t mind having a python draped around me. When I tell people I don’t have a fear of snakes, I mean I don’t have a phobia or irrational fear of them. But having grown up in Australia, I do have a rational fear of snakes. We are home to some of the world’s most venomous snakes. Being alert around snakes is ingrained in us. Having encountered a few of these deadly creatures in the wild, and in my backyard, I can tell you the first thing that runs through me is fear! Happily the next feeling that runs through me is fascination. I love watching them from a safe distance, keeping my eye on their movements as they slither back into the wild or the snake catcher comes to collect them. So while I do have a respectful fear of snakes, I don’t have an irrational fear of them.

Do you suffer from any of these phobias or will you be celebrating Friday the 13th, the Dark Moon and World Snake Day free from fear?