July 16 is World Snake Day. It is a day to celebrate snakes, learn more about their important role in our ecosystem and hopefully conquer some of the fears associated with these captivating reptiles. Seeing as every continent except Antarctica has snakes, it’s probably a good idea to get to know them. 🙂

Poison vs Venom
Are snakes poisonous or venomous?
In biology, the term venom is used for toxins that are injected via a bite or sting, while poison applies to toxins that are absorbed through ingestion or inhalation. This means snakes that bite and inject venom are venomous and snakes that can make you sick or kill you if you eat them are poisonous. A few snakes can be both venomous and poisonous. Some venomous snakes eat toxic prey such as newts or cane toads. The toxins don’t usually harm the snakes, but they can retain those toxins in their system for weeks, making them poisonous if eaten. 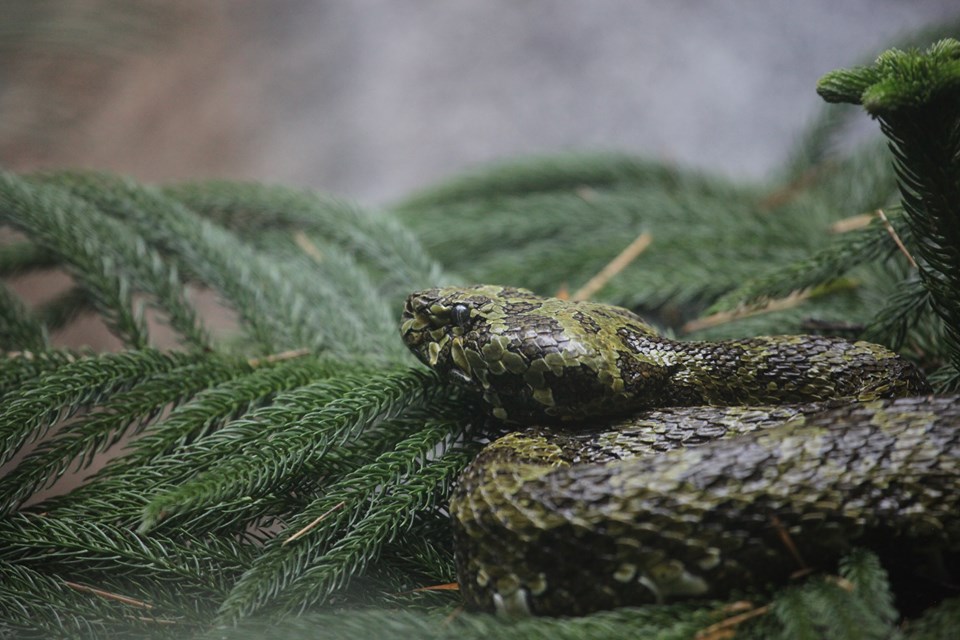 When Snakes Fly!
We can find snakes on land and in water but did you know some snakes can fly?
Chrysopelea are commonly called flying snakes or gliding snakes. These snakes glide through the air by propelling themselves off tree branches! Once airborne the snake forms an S shape, flattens its ribs then glides and undulates its way to its desired location. I know some people may be thinking “NO! – not flying snakes!”, but I think they are awesome. You can see a flying snake and all its graceful movements in these fascinating videos:

And a longer one if you’re really keen!