International Women’s Day is celebrated every year on March 8th. This year I would like to celebrate the life of an extraordinary heroine called Bouboulina. I was introduced to Bouboulina in an episode of Joanna Lumley’s Greek Odyssey. I immediately felt a kinship with this seafaring warrior and wanted to learn more about her.

Laskarina “Bouboulina” Pinotsis was born in a prison in Constantinople on May 11th, 1771. Her father, a sea captain from the island of Hydra, was imprisoned by the Ottomans for his role in a failed revolution. Her mother gave birth to her in prison while visiting Bouboulina’s father. After her father’s death, Bouboulina and her mother returned to Hydra. They moved to the island of Spetses when her mother remarried.

Bouboulina had seven children and was married and widowed twice. Both her husbands (Dimitrios Yiannouzas and Dimitrios Bouboulis) were merchants, ship owners and sea captains and both were killed in sea battles with pirates. Bouboulina was forty years old when she became a widow for the second time, took over the family business, and sailed her way into history. 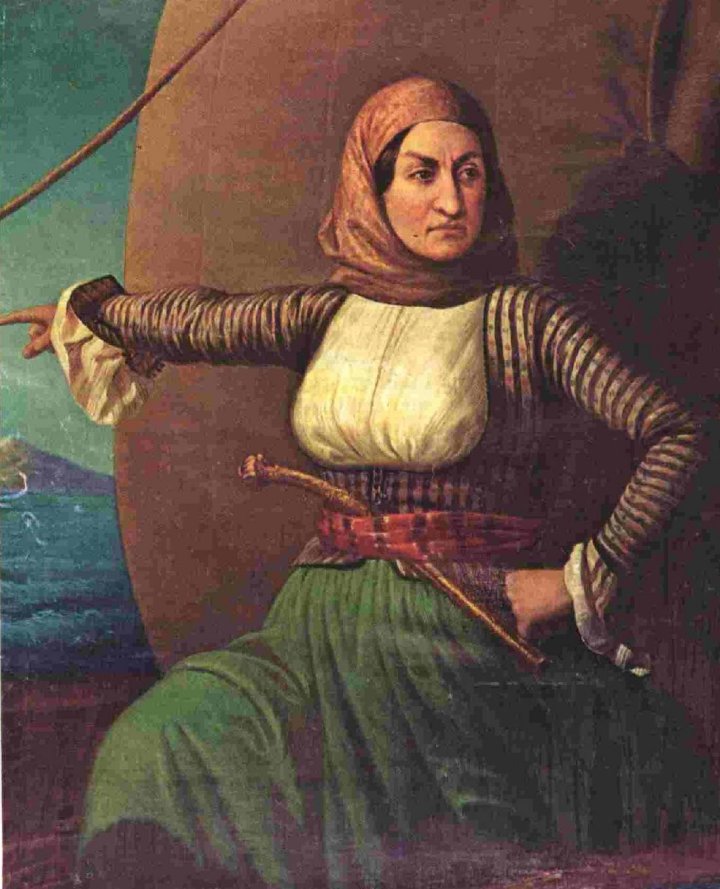 Bouboulina grew up with a love of the sea and ships. Both her husbands took her on sea voyages, which was unusual for a woman at the time. She was left a fortune by her husbands and Bouboulina used her skills as a business woman, negotiator and sailor to expand her fleet and increase her fortune through ship building and successful trading.

The Ottomans tried to confiscate her property as her second husband had fought with Russia against the Ottomans. Bouboulina sailed to Constantinople to meet with the Russian ambassador. As a thank you for her service to Russia, she was sent to Crimea for safety. While in Constantinople, Bouboulina had met with the mother of the Sultan who eventually convinced her son to leave Bouboulina’s property alone. With her fortune secure, Bouboulina returned to Spetses.

Bouboulina then used her fortune to fund the Greek resistance against the Ottoman Empire. She smuggled arms and ammunition into the country on her ships and commissioned the building of the Agamemnon, one of the largest Greek fighting ships in the War of Independence. She recruited her own soldiers and sailors to serve under her command. Bouboulina not only helped fund the revolution, she also fought in the battles.

Days before the official start of the War of Independence, Bouboulina raised the first revolutionary flag on the main mast of the Agamemnon. The flag depicted an eagle, an anchor and a phoenix rising from the flames. Bouboulina led the first naval force to join the uprising. A few days later they were joined by naval forces from other islands. Under Bouboulina’s command, the united naval force began a series of successful naval blockades.

Bouboulina fought side by side with the men she led and was a fearsome opponent on both sea and land. Arriving in Tripoli just before its fall, she rode into the Greek camp on a horse. Bouboulina and her troops were greeted with loud cheers. She participated in war meetings with the generals who gave her the name of Kapetanissa, Lady-captain and Megali Kyra, Great Lady. As Tripoli fell to Greek forces, Bouboulina liberated most of the female members of the Sultan’s household. 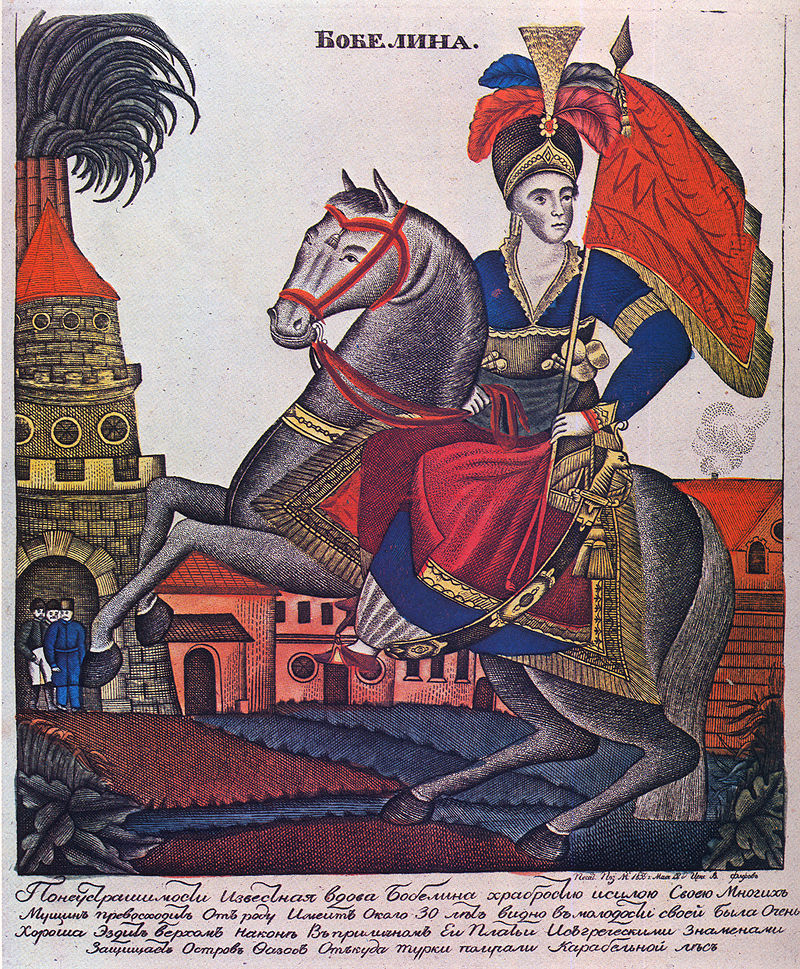 Although still not free from the threat of the Ottoman Empire, Greece descended into civil war. Friends and allies in the War of Independence were now enemies of the government. Bouboulina was considered a danger to the state, arrested and exiled back to her home in Spetses. She was left penniless, having used her fortune to fund the War of Independence and bitter at the post-revolution state of Greek politics.

Bouboulina was killed in her home on May 22nd, 1825 during a family dispute. Her son had eloped and armed members of the girl’s family came to Bouboulina’s home to confront her. During the ensuing argument she was shot in the head by an unidentified person and died instantly.

But Bouboulina’s legacy lives on:
Her descendants have served the country she loved and fought for as members of the naval forces and as ministers and members of parliament.
Her home has remained in her family and is now a museum.
She has been depicted on a Greek banknote and coin.
Streets have been named after her.
A statue of her stands in the harbor in Spetses welcoming visitors to “Bouboulina’s Island.”
And most fitting of all, Emperor Alexander I of Russia posthumously granted her the honorary rank of Admiral of the Russian Navy. Until recently she was the only woman to hold this title.

I hope one day to visit her museum and raise a glass to this inspiring Kapetanissa.