Growing up I hated learning history in school. Our lessons seemed to be focussed mainly on memorising dates which made history boring and devoid of life. Happily there was one place that taught history in a fun and exciting way. That place was my lounge room and the vehicle was Bewitched, one of my favourite television shows.

Throughout the eight seasons of this magical show, a bevy of historical figures were zapped into the future and forced to deal with the modern world. At other times characters were zapped back in time to experience history first hand. During the ensuing mayhem I learned so many things, not only about history, but about race relations, class prejudice and gender politics.

One historical lesson I thoroughly enjoyed was when Samantha and Darrin go for a holiday to Salem, Massachusetts. One of the places they visit is The House of the Seven Gables, an historic New England home and the inspiration for Nathaniel Hawthorne’s gothic novel of the same name. This episode features a spooky bedwarmer that follows Samantha and Darrin back to their hotel room at the Hawthorne Hotel, named after Nathaniel Hawthorne. 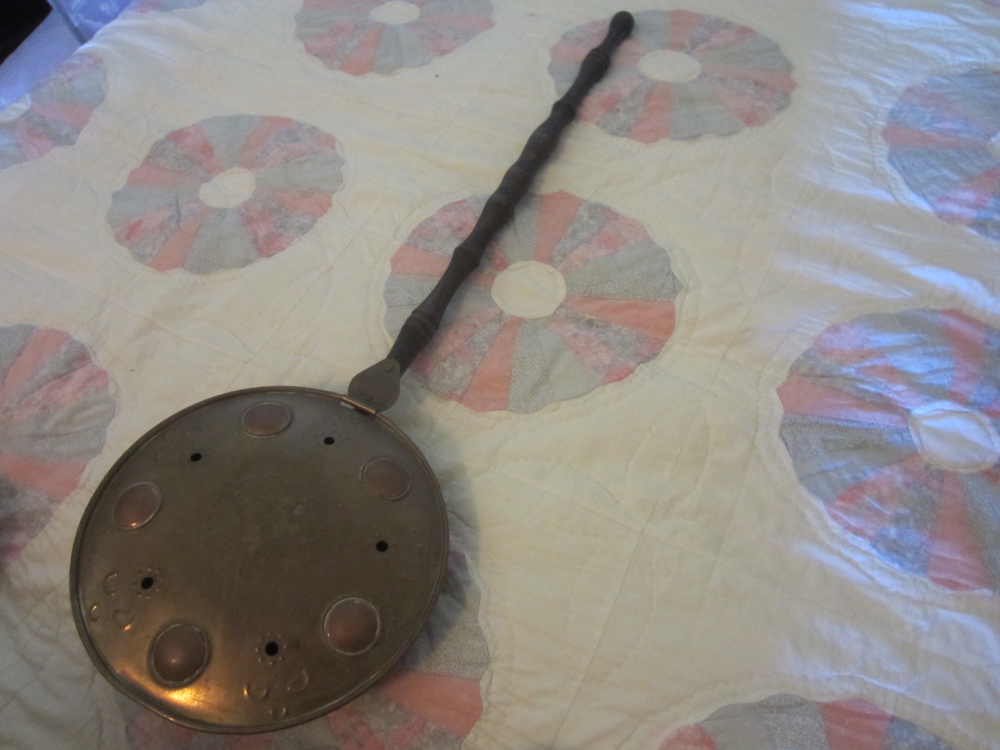 Bedwarmer from the historic Altona Homestead in Melbourne

Nathaniel Hawthorne was born Nathaniel Hathorne in Salem on July 4th, 1804. It is believed that Nathaniel added the “w” to Hathorne to distance himself from his great-great-grandfather, John Hathorne, a notorious lead judge in the Salem witch trials. Nathaniel used his ancestors as inspiration for many of his novels which explore colonial times and puritanical beliefs. He died on May 19th, 1864.

Before visiting The House of the Seven Gables for my own spooky adventure, I stopped in a cafe called Gulu-Gulu for a fortifying steamed milk drink. My version has a touch of Halloween pumpkin because I can never think of Salem without thinking of Halloween 🙂 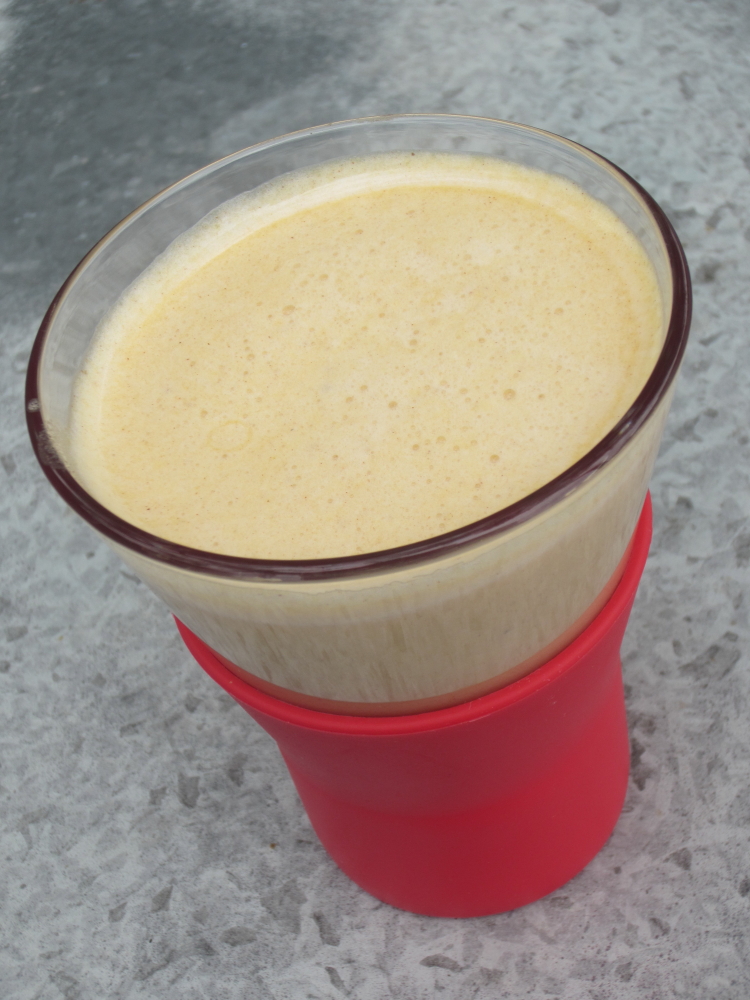 Instructions
Place the milk, pumpkin and spice mix into a blender and blend until smooth and combined.
Pour into a small saucepan.
Whisk over medium heat until warm.
Add the maple syrup and keep whisking until the milk is simmering but not boiling
Poor into a heatproof cup and top with whipped cream if desired.

Mix the spices together in a small bowl.
Store unused spice mix in a spice container or small jar.

You can experiment with your own version but cinnamon should be the dominant spice.