Bram Stoker died 106 years ago on April 20th, 1912. Many of us will never forget this great writer nor the amazing works and characters he created.

My recipe for this year’s deathiversary is inspired by a traditional dish called funeral potatoes, an American comfort food casserole that is often brought to gatherings held after funerals. There are many variations but the key ingredients are potatoes, cheese, onion, sour cream, a canned cream based soup and a crunchy topping. It is easy to prepare, travels well and is easily reheated.

My funeral potatoes are a very different dish and are inspired by Dracula’s immortal line “I Never Drink … Wine.” Although these words never appeared in Bram Stoker’s novel, they were uttered by the equally unforgettable Bela Lugosi in Tod Browning’s 1931 movie Dracula. Baked in red wine and olive oil and flavoured with rosemary, the herb of remembrance, these versatile potatoes can be eaten hot from the oven or cold from the refrigerator. I find the flavour of the wine is more pronounced when they are eaten at room temperature.

Served with sour cream you’ll want to make them for all occasions – not just funerals! 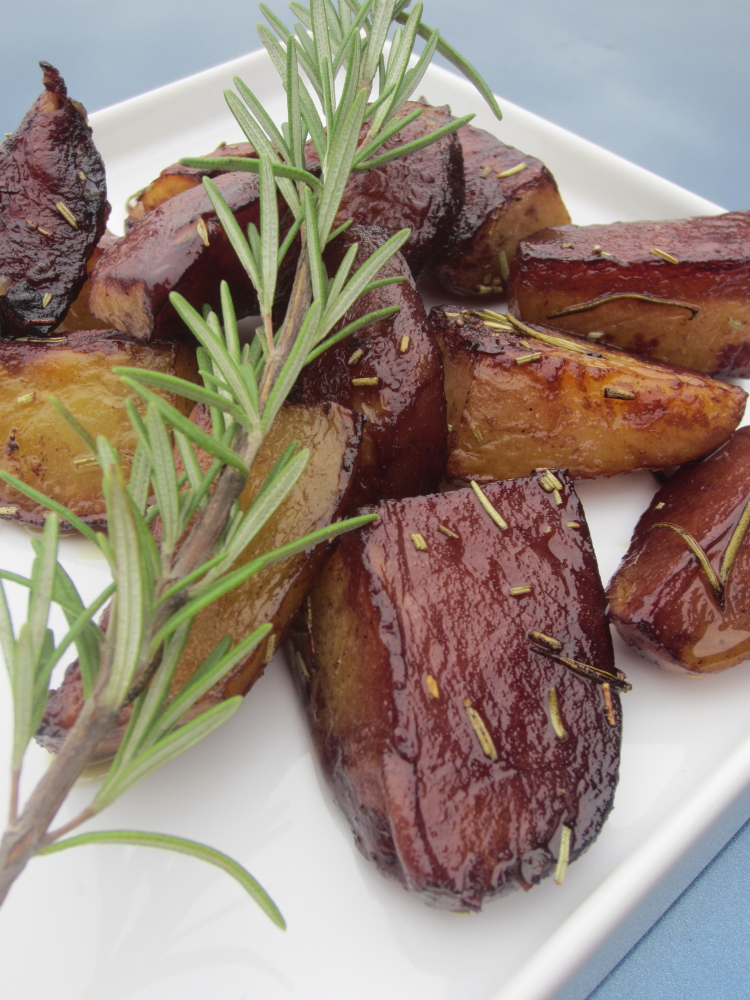 Instructions
Preheat the oven to 200C / 400F.
Peel then chop the potatoes in half and then in quarters.
Place in a baking tray in a single layer.
Pour over 1/2 cup of red wine, reserving the other 1/4 cup for later.
Pour over the oil.
Add the dried rosemary and salt.
Toss together until combined.
Bake for 30 minutes.
Remove from oven and flip them over.
Pour over the remaining 1/2 cup of wine.
Return to the oven and bake for another 15 – 20 minutes or until they are cooked to your liking.
Drain on paper towels and allow to cool.
Place in an airtight container and add some sprigs of fresh rosemary.
Refrigerate until needed.
Allow them to come to room temperature before serving.
Serve with sour cream.