For my Halloween pumpkin donuts I adapted a recipe for cinnamon cake donuts to include pumpkin puree. By adding pumpkin puree and increasing the amount of flour, I knew that my original recipe for 12 donuts would now make more. What to do with the extra batter? I hate just throwing things out so I thought of piping extra donuts onto baking paper and seeing what happened. Then it hit me – I could do a baker’s dozen. Not a conventional baker’s dozen but a quirky version that would produce 12 pumpkin donuts and one large pumpkin cupcake! 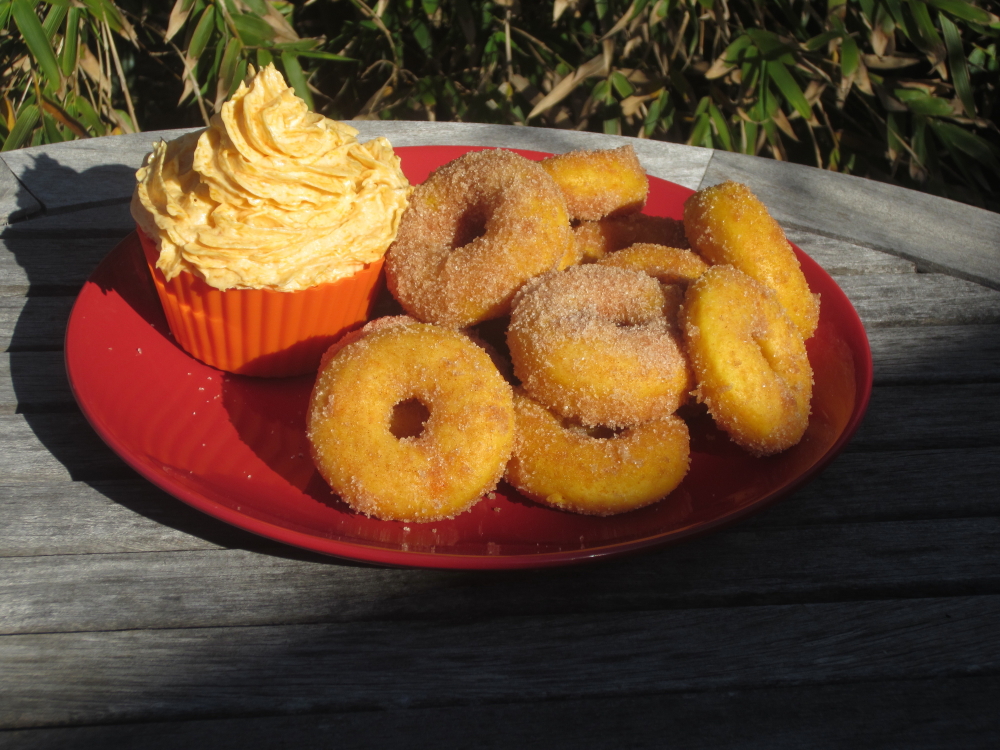 The term a “baker’s dozen” is commonly used in reference to a group of 13. As the name suggests, the origin of this term comes from the world of baking. Bread has alway been an important product and since ancient times there have been some bakers who have tried to cheat their customers. Consequently there were heavy punishments for those who were caught. In a bid to avoid accidentally selling underweight goods, bakers would often add an extra loaf or loaves free of charge. A baker’s dozen specifically relates to the buying of 12 items that are the same and receiving an extra 13th one for free.

What does the number 13 have to do with Halloween? Well Halloween is celebrated on October 31 which is 13 reversed! Most appropriately, both days are related to the Death tarot card which is number 13. If you celebrate Halloween in the southern hemisphere the date is the 30th of April so it’s not linked to either Friday the 13th or the Death card. However, the number 3 is linked to the concept of Birth, Life, Death so there’s still a deathly link to both Halloweens. And I’m happy about that as I celebrate both of them!

I would like to thank fellow blogger Christine for getting my creative juices flowing with her post Fun on Friday the 13th. Her post reminded me of the link between Friday the 13th and Halloween and inspired me to make my pumpkin baker’s dozen 🙂 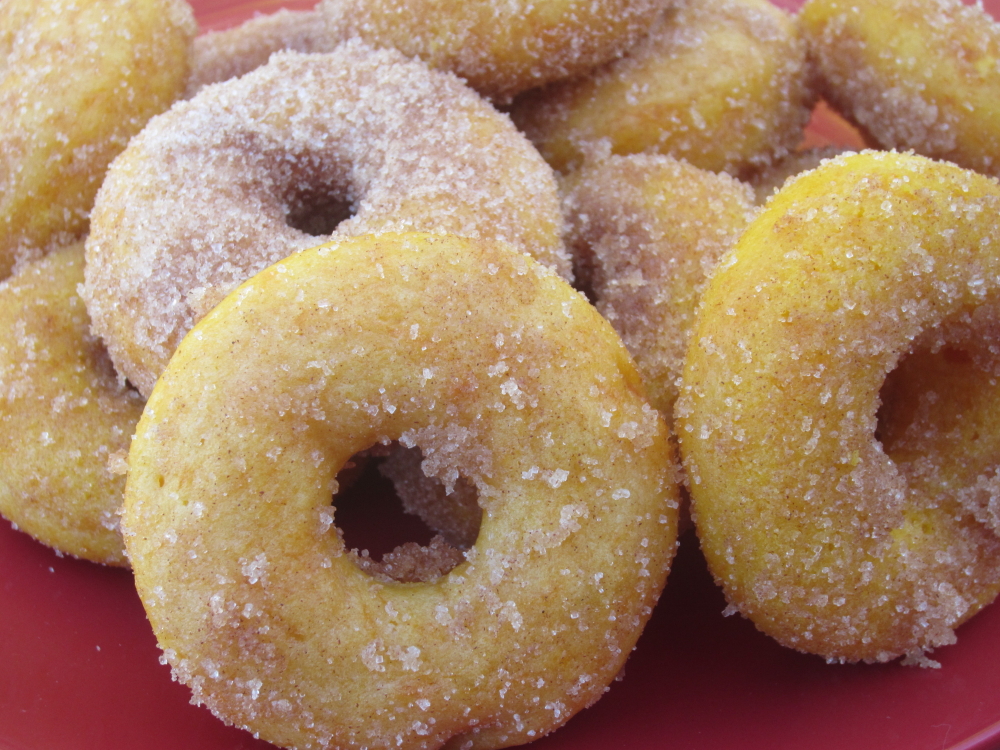 Instructions
Preheat oven to 170C / 340F.
In a small bowl mix together the milk, egg, vanilla, pumpkin puree and melted butter, set aside.
In a medium sized bowl, sift together the flour, baking powder, salt and sugar. Stir to combine.
Make a well in the centre.
Pour in the wet ingredients and, using a wooden spoon, mix until smooth.
Spoon the mixture into a piping bag fitted with a plain nozzle.
Pipe mixture into donut pan filling each donut to just below the halfway mark. (Keep the remaining batter for the cupcake.)
Bake donuts for 10 – 20 minutes or until golden and cooked through.
Allow to cool in the tin for 5 minutes.
While donuts are cooling, mix together the sugar and cinnamon in a small bowl.
Dunk donuts in melted butter then roll in cinnamon sugar mixture.
You can eat them warm or cold.

Instructions
Once donuts are baked, increase oven temperature to 180C / 350F.
Pour remaining batter into muffin liner.
Bake for 20 – 30 minutes or until a toothpick inserted into the centre comes out clean.
Allow to cool completely before frosting.

Instructions
Beat together the butter and cream cheese.
Beat in the pumpkin until combined.
Stir in the sugar.
Taste for sweetness and add more sugar if desired.
Pipe onto cupcake.

If there is any left over frosting you can dollop some on the donuts or just eat it with a spoon.