Monday August 1st is Imbolc in the southern hemisphere. It is the midpoint between the winter solstice and the spring equinox. Traditionally it is the first day of spring. Even though winter is still in full swing, the promise of the sun returning is awakened on Imbolc.

To celebrate the return of the sun I thought I would explore a solar symbol – the sunflower. Sunflowers are of the genus Helianthus, named after Helios, the Greek God of the Sun. While they are growing, young sunflower buds track the movement of the sun from east to west. This is called heliotropism. Once they bloom, sunflowers generally face east – the direction of the rising sun. For me sunflowers symbolise a beautiful solar dance and are a symbol for the impending return of the summer sun. 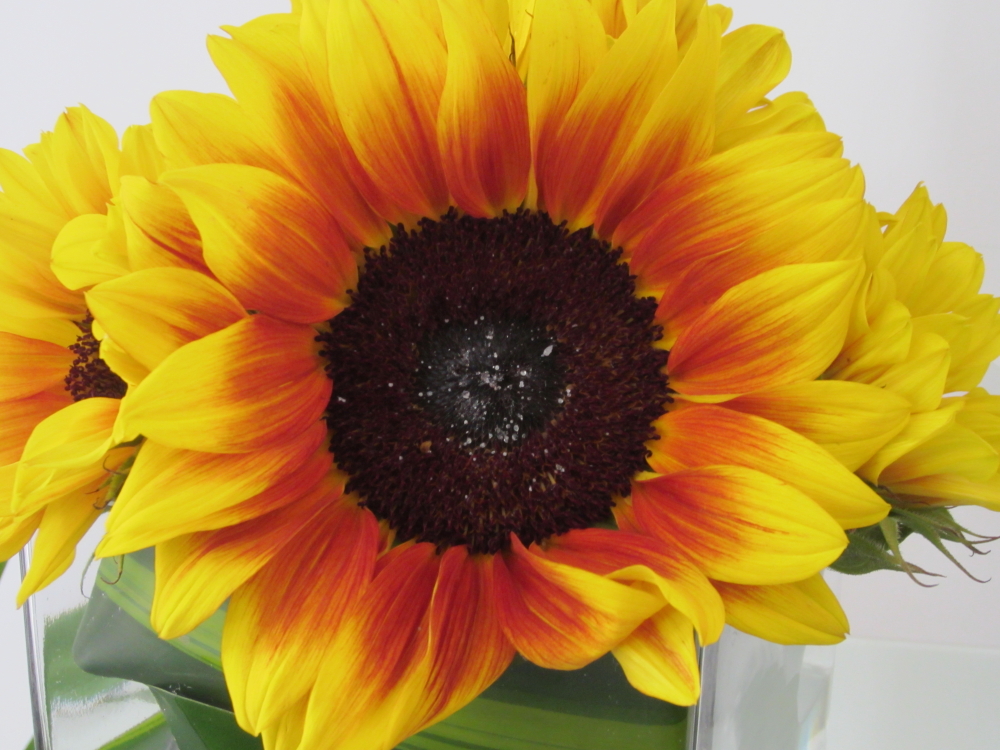 Sunflowers are also an important food crop. Sunflower seeds and sunflower oil can be used in many ways in cooking. I was tempted to make sunflower muesli bars but then I thought I would make one of my favourite desserts – baklava.

Method
Place the sunflower seeds, pine nuts and walnuts into a food processor or blender. Process until finely chopped.
Add the sugar and cinnamon and mix until just combined.
Preheat oven to 180C / 350F.
Generously brush the bottom and sides of a baking tray with melted butter.
Unroll the filo onto a chopping board. Cut the whole stack to fit your baking dish.
To prevent the pastry drying out, cover the filo sheets with a damp tea towel.
Working with one sheet at a time, place in the baking tray and brush with butter.
Repeat until roughly half of the sheets of filo have been buttered.
Spread the filling evenly over the top.
Place one sheet at a time over the top and brush with butter until they have all been used.
Using a sharp knife, carefully cut the pastry layers into square or diamond shapes.
Bake for 50 minutes or until the pastry is golden and crisp.
While the pastry is baking, make the syrup by placing the sugar, water, cinnamon and lemon juice in a small saucepan.
Bring to a boil while stirring to dissolve the sugar.
Reduce heat and simmer for 10 minutes.
Set aside to cool.
When the baklava is baked, pour the cool syrup over the top of the hot baklava.
Allow to soak for at least 5 hours.